June 11 – Unlike many of the UK’s cities, Gloucester doesn’t have a botanical garden. Faced with the challenge of correcting this with an almost non-existent budget, FRLA decided to maximise the city’s existing resources. Effectively, Gloucester already has a diverse collection of native and non-native plants growing throughout in odd corners and on the derelict sites awaiting development.

The ‘Gloucester City Botanic Garden’ project imagined the whole city as a plant collection awaiting interpretation. The city was surveyed to identify sites where wild species were flowering and positioned well for interpretation. Then, using cheap but effective materials and fabrication methods, small (10cm x 15cm) interpretation panels were produced and installed.

Rather than being viewed as a permanent feature, the panels are ephemeral being either removed by the project’s ‘curators’ or by others. When this happened replacements were installed or new locations and species were found for new labels.

Each label has a unique QR Code printed on it which, via a smart mobile phone, links the viewer to that species’ page on a dedicated website. On this page more can be read about that species and the viewer can add their thoughts and comments about the plant and the project. In time, analysis of the website data associated with these QR Codes will provide better understanding of which locations and species are more likely to inspire the use of the QR Code feature. 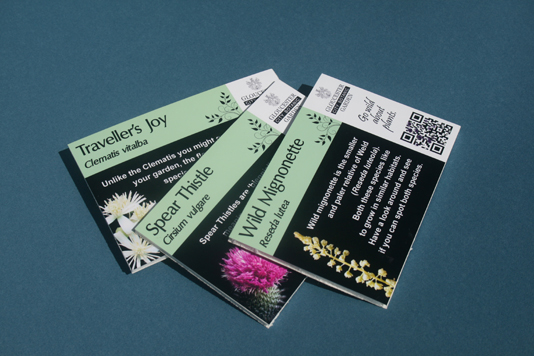 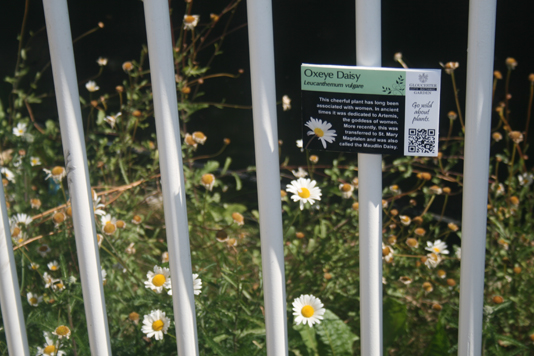 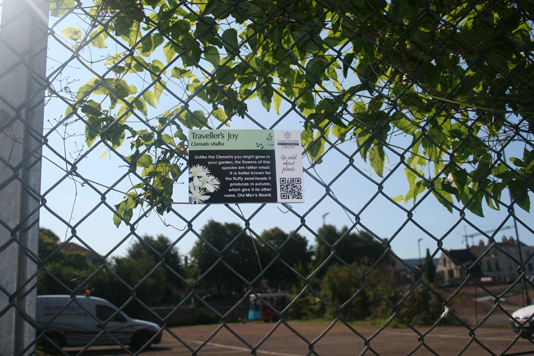